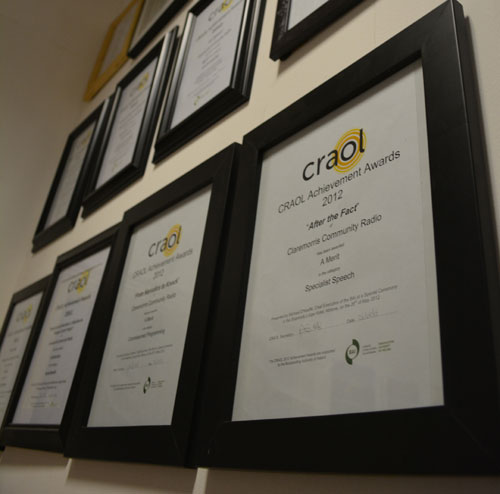 Since our establishment, Claremorris Community Radio has been very successful in the annual CRAOL awards, which recognise quality in production of community radio in Ireland.  Over the past 11 years, 21 locally-produced shows have received one of these accolades.

For some time now, we’ve listed our award-winning shows right here on the site.  However, over the past week, we have made a determined trawl through the station’s archive, with the hope of making each of these shows available for the public.

Happily, this search has proved very fruitful and, at time of the publication of this story, we have found all but one of our CRAOL winners.  You can listen back to them simply by visiting the CRAOL award winners page and clicking on the title of each show.