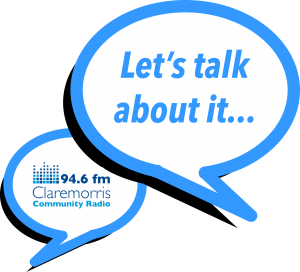 CCR’s flagship current affairs show, Let’s Talk About It, will return to the airwaves on Saturday next, October 25th.

Whilst the round-table format the show is famous for will remain, some changes have taken place. The most notable is that the show is now moving to Saturday mornings and will air live at 11 a.m., right after The Good Morning Show.

There will also be a change of faces, or rather voices, with a new roster of hosts taking charge of the show in the coming months. The new panel of hosts features: Roderick Maguire, Johnny Kirrane, James Preston, Colmán Ó Raghallaigh, Pat Keane and Catherine Lavery O’Brien.

Saturday’s first show of the new series will feature, uniquely, all of the show’s hosts on air together!

It you can’t get to the radio on Saturday, fear not, each week’s show will also be repeated on Tuesdays at 2 p.m.