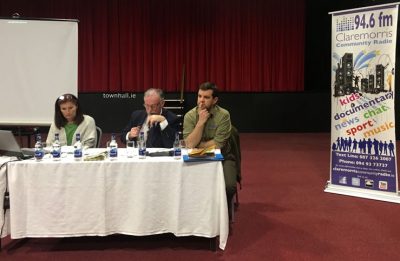 If you couldn’t make it along to last week’s public forum on Knotweed, you have another chance to hear the discussion from the night this evening on Claremorris Community Radio.

The panel who both spoke and took questions on the topic were: Margaret Sheahan, Eamonn Walsh and Pat O’Rourke.  The forum took place in the Town Hall, Claremorris.

A recording of the evening will be broadcast today (Tuesday, March 20th) at 8pm. 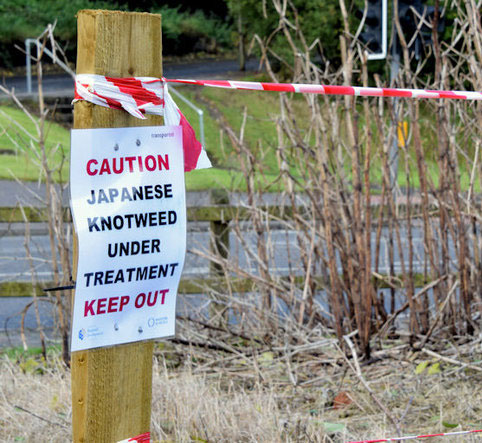 Japanese Knotweed is an aggressive, destructive and invasive plant which can spread rapidly. Cutting and digging the plant seem to aid its spread – rather than its deterioration.

The Japanese Knotweed Company from Co. Kerry recently applied to Mayo County Council for a permit to open a knotweed treatment facility in a disused quarry south-west of the Claremorris. The plan involved the importation from all over Connacht, of truck-loads of contaminated material, and its treatment, and the promoters stated that the facility would provide sixteen jobs when in operation, in addition to any jobs created in the transport industry. However, locals have expressed concerns about this proposal.

A public information meeting on this proposal to build a Japanese Knotweed treatment plant in Co Mayo, will be held in Claremorris Town Hall on Wednesday, March 7th, at 8pm. This meeting will discuss the proposal and its implications for the people of Claremorris and all of Connacht.