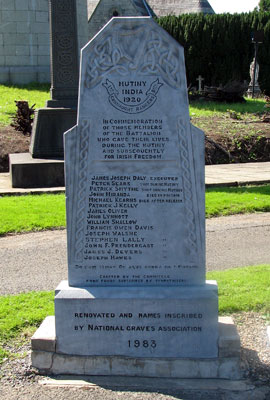 ‘Mutiny’, a three-part series created by Claremorris Community Radio in 2011, is to be rebroadcast on the station over the next three Friday mornings.

The series, created by former volunteer Eoghan Ó Braonáin, tells the story of the actions of five soldiers in the Connaught Rangers regiment of the British Army who, in 1920, mutineed as a protest against the effects of martial law in Ireland.  This action took place at at Wellington Barracks, Jalandhar, India, where they were stationed at the time.  They were soon joined in their protest by other Rangers (including some in another barracks) declaring they would not return to duty until British forces left Ireland.

Within days though, other British troops occupied the barracks and the mutineers surrendered or were captured.  88 mutineers were court martialed: 19 men were sentenced to death (18 later had their sentences commuted to life imprisonment), 59 were sentenced to 15 years imprisonment and 10 were acquitted. 21-year-old James Daly was shot by a firing squad in Dagshai Prison on 2 November 1920. He was the last member of the British Armed Forces to be executed for mutiny.

The series will air on CCR at 11am on Friday mornings from this Friday (May 2nd) until the 16th.

This week on CCR, we will broadcast two new, interesting documentaries.

On Thursday at 5pm, Europe on Air will begin its broadcast run.  This is the first of a five episode series, which was produced by Dublin station Nearfm in collaboration with EMA RTV in Spain and Radio Dreyeckland in Germany.  It will focus on themes such as migration, education, agriculture, gender and many more in modern Europe. The series will examine common values and history as well as the impact of European policies in our daily life.  The remaining episodes of Europe on Air will be broadcast on a fortnightly basis.

The following day, Saved From Doom, which uncovers the dramatic story of how English Quaker James H. Tuke helped save thousands of Irish people from destitution and poverty, will be broadcast at 11am.  In the 1880s, Mr Tuke came to the rescue of many impoverished Mayo and Galway people, and helped them escape destitution and horrendous poverty through his compassionate ‘assisted emigration scheme’.  It’s a real Oskar Schindler-type story. 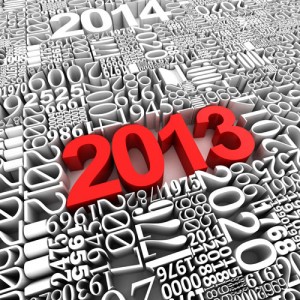 A new show will debut on Claremorris Community Radio this evening at 7pm.

What’s Another Year? is an entertaining look back over the sounds and events which took place during a particular year.  The show is hosted by yours truly and new volunteer Evelyn O’Connor.

Tonight’s first episode will feature the year 2010 and discussions on events such as the earthquake in Haiti, the rescue of 33 trapped Chilean miners and Ireland’s bailout from the so-called ‘Troika’.

We also feature some more light-hearted items such as sporting highlights and the winners of that year’s Academy Awards.

What’s Another Year? will continue (going backwards through time) on Wednesday evenings throughout the Summer.