On Wednesday of this week, the station’s chairperson Johnny Kirrane presented the graduates from the recently-completed QQI Level 4 course in Community Radio Skills with their certificates.

On the same night, two of those graduates (Dave Burnett and Ken Connor) presented CCR with a very generous hamper, in recognition of our assistance with the setting up of Ballinrobe Community Radio.

For more info on Ballinrobe Community Radio, check out their website bcradio.ie 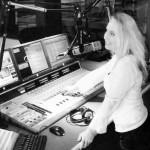 Would you like to understand the Media and develop your presentation skills?

Starting in mid-February, training will take place at our studios on Town Hall Road, Claremorris.  Students who complete the course will receive a FETAC/QQI Level 3 award.

Places are limited. If you are currently unemployed and in receipt of a social welfare payment, you may be entitled to grant assistance. Eligibility criteria will apply.

On Wednesday night, the second group of students who took part in our FETAC/QQI Level 3 course in Media Expression received their graduation certificates.  This course took place this Spring with students attending for one day per week.  Eight people completed the course and now receive an accredited QQI Level 3 qualification in all aspects of media, including radio production and communicating through social media.  Of the eight, four attended on the night to receive their certificates.

The certs were presented by Dolores Keaveney, the chairperson of Claremorris Community Radio, who congratulated the graduates on  completing the course and wished them well in their future endeavours, both in media and otherwise.  She also expressed the hope that they might all become CCR volunteers!

The station is still accepting applications for its next media expression course, which is scheduled to begin in October.  Call 094 9373737 for more information.