Here’s a guest blog from Linda Conway, on her experiences representing CCR at last weekend’s CRAOL Féile. There’s also a gallery of photos from the weekend, after the ‘Read more…’

“Radio is the theatre of the mind,” was the official phrase of last weekend’s 2014 CRAOL community radio file.  It perfectly sums up both community radio, both locally and nationally, and the three day event, hosted by Community Radio Youghal, lived up to this statement.

I attended this weekend with three other people from CCR: Delores Keaveney, Gráinne Conroy and Julia Fitzgerald.

We arrived on Friday night, with the first event on our itinerary the CRAOL achievement awards.  CCR had some good news at this event when The People’s Courts won an award in the Commissioned Programming category.  All told, 30 programmes received awards from 60 nominations – the largest number yet, we were informed by the host.

On Saturday, the workshops and seminars began.  Many and various were the topics covered, including everything from sound editing to the Sound and Vision scheme.  So much information was condensed into this one day.  From my personal perspective, I found the workshops informative, interesting and enjoyable.  Not only did I learn but it also gave me the chance to meet people from other community radio stations and learn from their experiences.

For example, I attended the News Programme seminar. I agree with the suggestion given that, as a community radio station, we cannot compete with the news of a commercial one.  What we do have though is local news, in our community, and this is worthy of broadcasting.  There, I also learned how to structure a story such that it will engage and entertain the audience.

Another important aspect that was emphasised was that, again as a community station, we must aspire to include everyone.  We are the voice of our community and we should be proud and confident about what we do.

END_OF_DOCUMENT_TOKEN_TO_BE_REPLACED 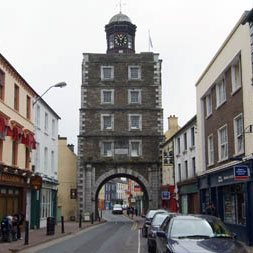 This year’s CRAOL Féile, at which the community radio stations of Ireland get together to share information and learn from one another, will take place in Youghal, Co. Cork, from Friday May 23rd until Sunday May 25th.

The event, which is this year being hosted by CRY 104FM, will see the return of the CRAOL Achievement Awards amongst a packed schedule of talks and workshops.  The weekend will also feature a gala banquet, to honour CRY’s 35th birthday.

CCR will be sending a party of five volunteers to the Féile.  If you would like to attend, please contact the station and talk to Allan.  Priority will be given to volunteers who have not previously attended.  The deadline for booking is 5pm on Tuesday next, May 6th, so please get in touch as soon as possible.