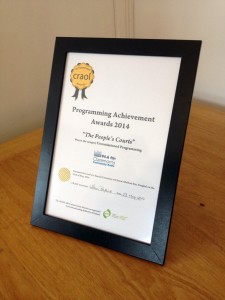 For those of you who missed it, click below to see Cróna Esler’s report in The Western People on the recent launch of The People’s Courts.

The People’s Courts is still available in local stockists, online here on this site, via Amazon and even on Kindle. 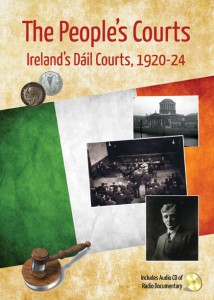 The People’s Courts, our recently published book on the history of the Dáil Courts, is now available on the Amazon Kindle Store!

If you own a Kindle reader, you can now purchase the e-book version of The People’s Courts directly to your device.  Click here to buy.

Of course, anyone who purchases the book in this format will not receive the CD copy of the original documentary.  Fret not!  The e-book version contains a URL through which a purchaser can subsequently download an mp3 version of the documentary.

Furthermore, the documentary which started the whole thing will also be broadcast on Claremorris Community Radio during the next two weekends.  Your first chance to hear this excellent programme is on Sunday next, June 30th, at 12 noon (in the Recollections time slot).

If you miss that broadcast, the show will be repeated the following Saturday, July 6th, at 2pm.