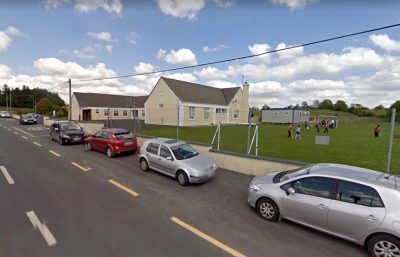 Everyone who enjoyed last month’s School around the Corner-style show from Bekan National School will be delighted to hear that on Tuesday next, July 3rd, Claremorris Community Radio will broadcast a second programme of recordings from the school.

This time the show will feature the pupils of 4th and 5th class, under the guidance of their teacher, Mr. O’Gara. The children discuss the World Cup, their projects, school trips, pets and the school’s International Day. They also perform on their musical instruments and participated in a sing-song!

The show will be broadcast on July 3rd and July 4th, at 7pm on both days.

School around the corner from Bekan National School.

Claremorris Community Radio visited Bekan NS last week and interviewed some of the very talented students who attend there.

The children, who are part Miss McNieve’s third and fourth classes, discussed subjects such as: The World Cup, their ambitions for the future, school projects, their favourite library books, their pets, and plans for their summer holidays. They all contributed to a poem, and finished the show by having a sing song.

It’s a very charming and entertaining hour of radio and you can hear it on Claremorris Community Radio on Tuesday morning next (June 19th) at 11am, repeated the following evening (Wednesday 20th) at 7pm.