Listen back whenever you like by clicking on our Mixcloud page: www.mixcloud.com/claremorrisfm where you can find all of your favourite programmes! 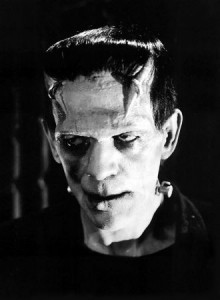 In case you haven’t noticed, our brand-new website is now alive and kicking!  Have a look round…

All volunteers are entitled to an account here on the site and we’ll do our best to get in contact with everyone over the next few weeks regarding this.  If you’re in a hurry to get in the door, feel free to email me at john@claremorriscommunityradio.ie and I’ll (ahem) bump you to the top of the queue.  (Sssh, don’t tell anyone…)

It’ll be worth your while as the site features a volunteer-only area including studio bookings and a special document store.

Finally, we’ll be adding some more features in the weeks ahead so keep an eye out for those too.  Enjoy!

Claremorris Community Radio is pleased to announce that its fundraising Broadcastathon 2012 event was a tremendous success.

With over 98% of sponsorships forms returned the total amount raised stands at an incredible €5,549.  This represents and increase of around 38% on last year’s inaugural event.

A handful of volunteers still need to return their sponsorship forms so the definitive final figure will presumable exceed €5,600. These last wo/men standing are urged to return their forms and donations to the Station Manager, Kevin Griffiths, as soon as possible.  It’s almost three months ago, after all!

Well done to all involved, especially the staff and volunteers to set up and maintained the special studio in Innovation House throughout that exhilarating weekend.

See you all for Broadcastathon 2013!