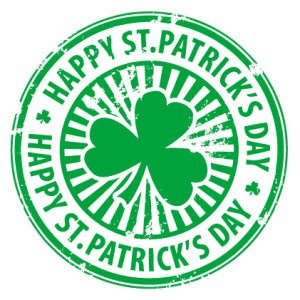 The nation’s annual festival is almost upon us and, as is usual, we here at CCR will be taking part in the St. Patrick’s Day celebrations in Claremorris.

We will be broadcasting from the streets of the town from 1pm to 5pm on the day, including coverage of the St. Patrick’s Day parade, which begins at 3pm.

John Whittle will be first on air, broadcasting live from Clare Lake at 1pm.  He will be followed by Michael Fox and Catherine Lavery, along with several other station members.

Whilst the show hosts will be out and about, the station will have a base at Symmetrix Hair Salon where members of the public can submit requests etc.