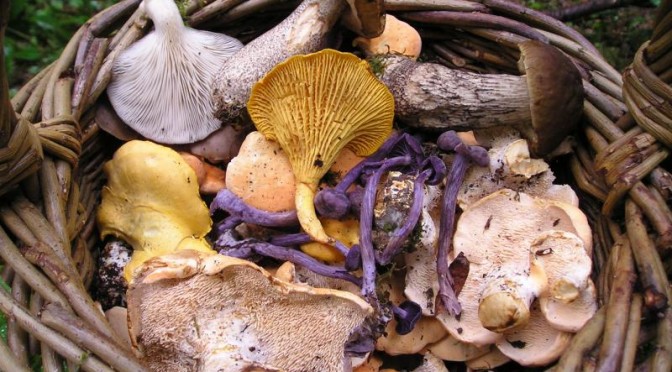 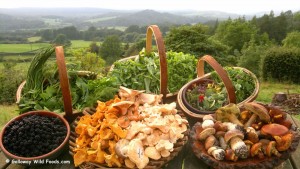 Foraging is fun, great exercise out in the fresh air, and when you’ve learned to be a good forager, you go home with a basketful of healthy food at its nutritional best without spending a cent for it.

Wild Foods of Mayo is a new one-hour documentary by Cleo deVito about all the wild goodies that can be found in the forests, hedgerows, bogs and sea shores of County Mayo.

Wild Foods of Mayo by Claremorrisfm on Mixcloud

Cleo follows forager Sally Harte around a typical Irish field, discovering the often overlooked riches growing there nearly year round.  Lemony wild sorrel, hairy bittercress, wild garlic, nettles and yes, of course, dandelions.  Lorna Elms from the Museum of Country Life informs us that a bog plant named “sundew” has aphrodisiac powers.  Forager Will Williams cooks up delicious mushrooms found in Mayo’s forests, like ceps, a bolete also famous in cooking under the name fungi porcini.  Will points out mushrooms that cause hallucinations, and the deadly ones to seriously avoid.  And Mayo’s extensive coastlines boast a cornucopia of edible seaweeds, including nori, used to wrap Japanese sushi, and crisp and salty samphire, still sold by fishmongers in Mayo.