Congratulations to Eddie Sweeney, who this Wednesday will host the 300th episode of his popular and informative show Money and Health Matters!

Eddie has been a member of CCR since the start.  He was first involved with Let’s Talk About It, before branching out on his own with a financial show. 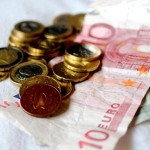 The very first episode  of Money Matters matters broadcast in Sept 2009.   It was a 30-minute show for first two years or so before expanding to its current 1-hour length.  Its format changed again, about 18 months ago, when the topics being covered meant the title became Money and Health Matters.

Another change 18 months ago was the addition of Gerry Kelly to the programme.  Gerry, who had been an interviewee on the show a couple of times during the previous year, came onboard to present a weekly report on the financial markets.  “It’s one of the best market reports on Irish Radio” or so says Eddie.

Eddie would also like to extend special thanks to Johnny Kirrane, who has filled in from time to time, when he’s been away.  If you’d like to get in touch with Eddie, to offer your own congratulations of even some feedback or suggestions about his show, please contact: eddie@sweeneyfinancial.com.

Money Matters is broadcast at 12 noon on Wednesdays and repeated at 11am on Sunday mornings.  The 300th episode will be broadcast tomorrow, April 29th.