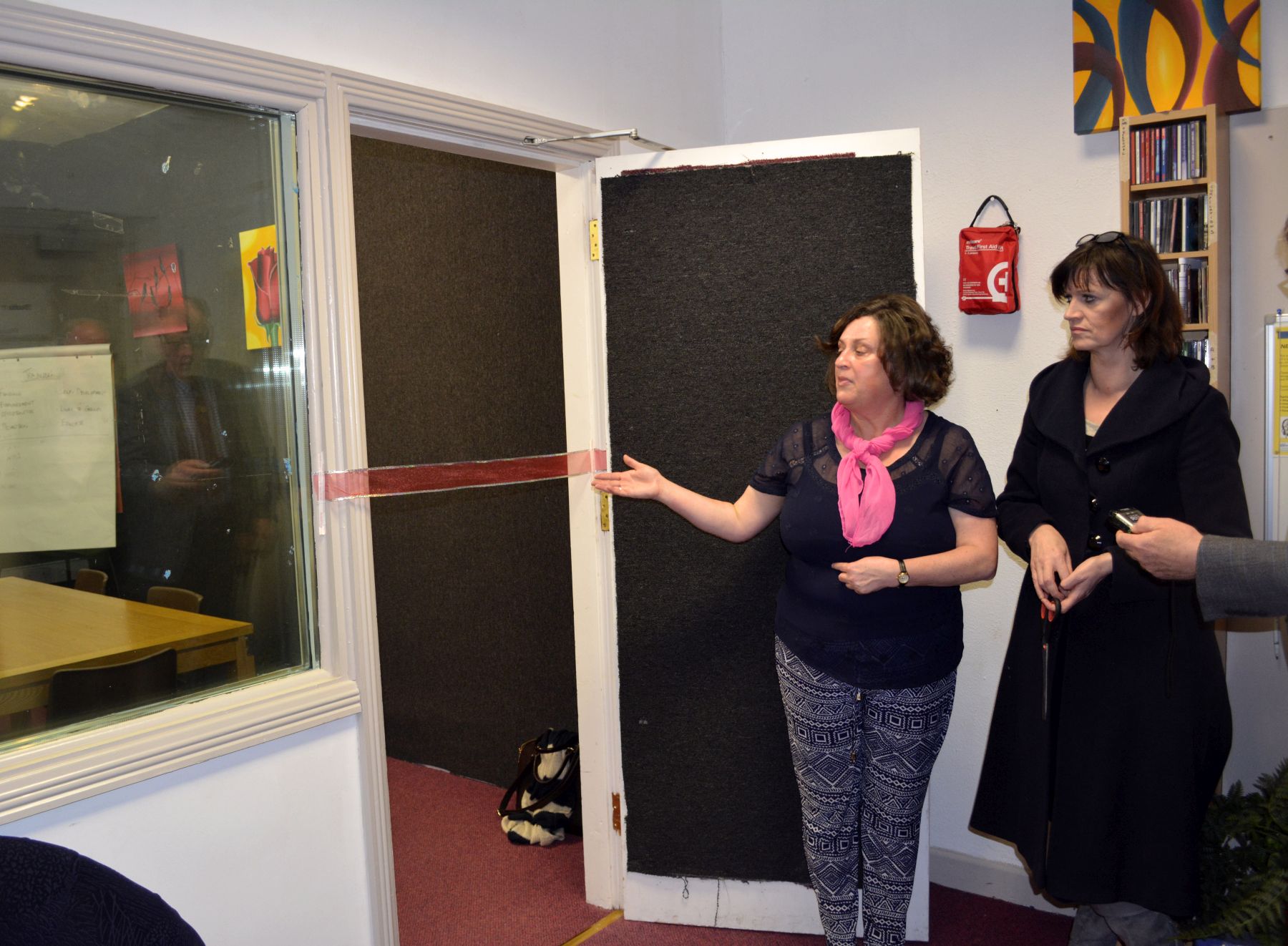 The former studio 2 is now a multi-use room, catering for live music recording/broadcasting alongside regular day time use as a training room, both for members and for external students.

Dolores Keaveney thanked the staff and members of the station who contributed to the rearrangement of the station’s facilities. She thanked South West Mayo Development for their continued support and also thanked Eddie Sweeney Financial, who are the official sponsors of the new Live Lounge.

Breda Murray congratulated all involved in the development of the new space. She recognised that the courses now being offered by CRR will offer people in the locality with an opportunity to learn and progress into employment in media.

The ladies then cut a seasonal ribbon to declare the Live Lounge open for business!