Karl Spain, Joe Rooney, Jarlath Regan, Hardy Bucks’ “Viper” and Frank Forde will be among the many to perform at the Festive Festival of Comedy in Claremorris this December 13th – 15th.

This December Claremorris will laugh its way to Christmas as it plays host to the first ever Festive Festival of Comedy.  The event, which takes place from Thursday December 13th until Saturday December 15th, will see some of Ireland and Connacht’s best comedians taking to the stage to entertain several venues in Claremorris.

Tickets are available from the venues involved or from the offices of Claremorris Community Radio.  For more information, please contact manager@claremorriscommunityradio.ie or phone 094 9373737.

Highlights during the festival include:

Fancy yourself as the next Tommy Tiernan or Dara O’Briain?

Show off your comedic talents at the Open Mic Night at Warde’s Pub in Claremorris on Thursday December 13th at 9pm. If you are interested in taking part, call 094 9373737, email lorraine@claremorriscommunityradio.ie or register on the night before 8pm. 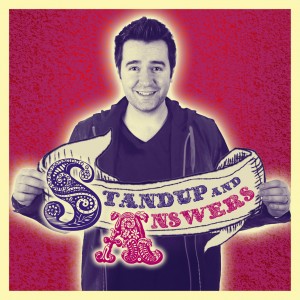 A very special new table quiz night that’s become a cult hit across Ireland is coming to Claremorris on Friday 14th December upstairs at Maxwells Bar, Claremorris at 9pm. By fusing stand-up comedy from some of Ireland’s best loved comics with ridiculous trivia rounds, Jarlath Regan, whom you may know from The Panel and Craig Doyle Live, has created Stand-up & Answers.

The pub quiz, like stand-up comedy, has recently become a staple part of Irish life but never before have the two been married together in such a joyous union. Despite the huge prizes on offer, the focus is on taking the mick with rounds as diverse as “Crouching Tiger Hidden Tayto?”, “What movie was that in?”, “What happened next?” and quality comedy coming from Karl Spain, stars of Savage Eye – sketch group Foil Arms & Hog and a very rare appearance by The Viper from Hardy Bucks. It’s going to be a cracking night of laugh out loud comedy and trivia. 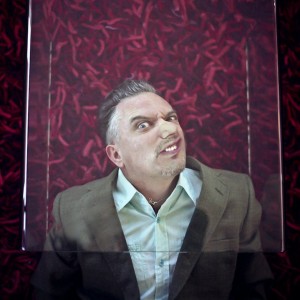 Joe Rooney has been making people laugh for the last fifteen years from places as far flung as Atlanta to Edinburgh, from Oman to Oslo and from Dubai to Dublin and now he’s bringing his hilarious show to The Dalton Inn, Claremorris on Saturday 15th December.

With observations about everything from fatherhood to one armed chemistry teachers, his infectious enthusiasm leaves audiences of all ages in tears of laughter. Throw in a few hilarious musical interludes and you have a recipe for comedy genius!

Tickets are just €15 and are available from The Dalton Inn, Claremorris and online at Eventbrite.ie.

For more information about the Festive Festival of Comedy, contact 094 9373737 or email lorraine@claremorriscommunityradio.ie